It’s been quite busy lately, what with Down for the Count gigs (oh, and on that note, head over to the DftC blog for some words I put up there recently), some other things with a couple of other bands, and a trip with the ULU Big Band to the Montreux Jazz Festival. Recently, recovering from a particularly brutal weekend, I started thinking of a few of the less savoury aspects of the musician’s career – the unorthodox hours, the fending-off of groupies – until I caught myself, and thought, ‘Hang on, I’m basically living the dream here. There are far more positive things about being a musician than there are negative.’ 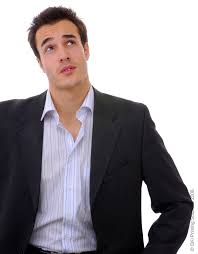 So I thought I’d share them with you guys – this is for anyone who’s curious about what makes it worth it, and anyone who’s giving it a go but is starting to lose heart.

The people you meet in the world of music are key to one’s enjoyment of it. Whether they’re a fellow traveller of your winding road, an agent, a client, or anyone, you’re sure to come across plenty of interesting types.

Networking is important, no doubt about it, so don’t be afraid to swap business cards or email addresses with other musician types, but there’s much more to it than that. An example: at a recent Down for the Count gig, we met a violist by the name of Brian Mack who, it transpired, had played alongside the likes of Frank Sinatra and Buddy Rich. It was great to hear some of his stories, and just what we needed to break up the sets! So have a chat with the people that you come across in your travels – they’ll probably turn out to be pretty awesome. Speaking of travels…

It’s all very well to want to stick around in London and never venture out any further than Watford, but you’ll be hamstringing yourself if you do that, professionally and culturally. A number of the function bands I’ve worked with gig all over the country, and a few even do some overseas gigs from time to time too. Sure, it’s a drain on energy and resources to drive to the other end of the UK for a gig, but along the way you get to see lovely swathes of the country that you might never come across otherwise. I’ve done gigs in Birmingham, Bristol, Portsmouth, Hastings, Oxford, Cambridge, Wales and plenty more. It’s awesome.

And that’s not even touching on that holy grail of musical ban(d)terousness – band tours. The most recent of these for me was to Switzerland, for the Montreux Jazz Festival. That alone was cool enough, but our hostel was right on Lake Geneva, treating us to beautiful scenery every single day to go with the balmy weather and fantastic music. Other tour destinations have included France, Spain, Germany, Poland, the Czech Republic and New York City, amongst many others. None have ever disappointed.

Recently, Down for the Count have been branching out more into some old-school swing and dixie repertoire, to keep up with their new swing orchestra persona and the increasing popularity of swing dance groups like Swing Patrol. And I couldn’t be happier.

DftC provides plenty of awesome music for any occasion, but I had already discovered most of the previous jazz and soul stuff we do. When Mike started throwing more swing stuff into the mix, I found they were tunes I could really get my teeth into. I started listening to more and more of it, and discovered, for example, a love of Harry James and a renewed appreciation for Louis Armstrong. Seen here forgetting which end of a horn to blow into.

It’s important to keep growing as a musician – wherever you are, there are always places still to go, and the discovery of new and interesting music not only keeps you on your toes, but broadens your horizons and provides endless enjoyment just as listening material.

4) The Spice of Life

‘Musician’ is one of those catch-all terms for a vocation that can encompass a world of different professions. It’s one of those careers that is exactly what you make of it, and which comes with a huge degree of what some might term ‘customisation’.

There’s the more obvious dichotomy between a ‘classical musician’ and ‘jazz/pop/soul musician’ that I’ve come across a lot, for example, but there’s so much more to it than that. Over the last few years, I’ve played in big bands, orchestras, jazz quintets, quartets, sextets and trios, function bands, pub bands, and in the pit for a whole range of shows. I’ve sung in choirs, as a backing vocalist, even as a soloist in my own right. I’ve taken up a baton and been an MD for a musical theatre production in a West End theatre. I’ve organised gigs, helped other bands and musicians get some work, done some teaching, arranged and composed music, picked up a few pinches of knowledge on the more technical side of things, and so much more.

The sheer variety of stuff on offer in this business is astounding, and despite keeping rather busy over the years, I still feel like I’ve just scratched the surface and that there’s plenty more to come in the future. What other vocation can offer that sort of scope, eh?

This is more of a personal one, I guess, and it applies primarily to those who aren’t holding down a full-time job alongside doing music. But still, it’s a big one for me – I love the hours. Which is to say, whatever hours you damn well feel like. I’m more of a night owl these days, but that suits me just fine – I’ll end up getting to bed late after a gig night, but then be able to sleep in til eleven. In fact…

Oh God, the food. Sure, sometimes you get sandwiches three meals a day, but every so often you’ll get so well looked after by the client and the catering staff that you won’t know what hit you. Guinea fowl, gourmet cuisine, steak, oh, the steak!

So you’ve just done a cracking gig. The band sounded as tight as an inappropriate simile, the vocals were off the charts, the sound balance was perfect. The crowd’s going wild, and undergarments in various flavours are sailing through the air. How could it get better than that?

I’ll tell you how: hearing that old French gem, ‘encore!’ These people loved the music so much that they’re demanding even more. It’s already the wee hours of the morning, but that’s not enough for them. Sure, you can play coy and pretend you don’t have, like, four encores lined up already, but they’ll get what they want. And you will love it.

8) I Really, Really Love It

This may seem like a bit of a generic cop-out of a ‘reason’, but it’s crazy important to me. I’ve been doing music-related things since I was 8 years old, and if I didn’t enjoy it I probably would have given it up a few years after that. But there’s something about playing music that I just absolutely love. It’s a combination of all the above reasons, with a little je ne sais quoi on the top, which just works for me. Through school and university, I happily gave up hours a day to play music, for no reason other than a desire to do it – and now people are actually paying me to do it. There was always a part of me that was afraid that I’d have to get a job in an office somewhere and that the music on the side would suffer as a result, but no. There are people in the world – a surprising amount of people – who will quite gladly give me real-people money to turn up and do something that I love to do for a couple of hours.